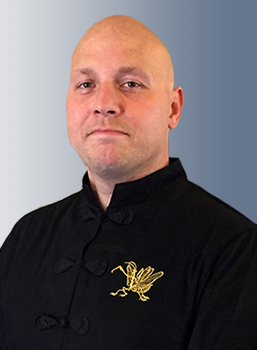 Dan has studied 8 Step Preying Mantis and Shyun Style Tai Chi Chuan since 2010 and passed the National Sifu Certification Test in April, 2015 from the American-Chinese Martial Arts Federation. Dan owns and operates Kung Fu Buffalo in Hamburg, NY and is passionate about passing along the 8 Step system to future generations. Before 8 Step, he trained in Hung Gar Kung Fu, Tai Kwan Do and Karate. Nothing could compare to the 8 Step system!